Description: These frogs have the ability to quickly change colour, ranging from a pale green-grey to a red-brown, and have tiny emerald-green flecks on their back. Their thighs, groin and armpits have black and bright yellow markings. Their belly is granular and white or cream. They have cross-shaped pupils and silver irises.

Habitat: Peron's Tree Frog is found in swamps and billabongs along the River Murray. They occur in most forest habitats, but will also forage in open grassland and other open areas. By day they can be found beneath loose bark on the trunks of gum trees next to rivers and waterholes. By night they move to vegetation near the water. They can be seen in urban areas and often call during the day from cavities like drain pipes.

Call description: They begin to call during September. The male calls from the ground or in vegetation near water from spring to summer. Its call, often described as a 'maniacal cackle', is the frog's most distinguishing characteristic.

Breeding behaviour: They probably breed between October and January preferring temporary pools, dams and ditches and sometimes try to breed in suburban fish ponds. Females lay their eggs in still water. The tadpoles are a pale golden yellow with dark stripes down their sides.

Interesting facts: Since the mid-1990s there have been occasional reports of Peron’s Tree Frog turning up in dams and wetlands from as far afield as Kapunda, Ingle Farm, Mt Barker and Unley. In the last five or six years it has been found much more frequently in Adelaide and the Mount Lofty Ranges (AMLR), most likely as a result of its availability through the pet trade. Even though it is an extremely beautiful South Australian species which can live for many years in captivity, it should not be found in the AMLR region and should never be released into the wild as it could severely impact the endemic species. 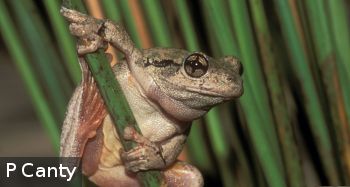 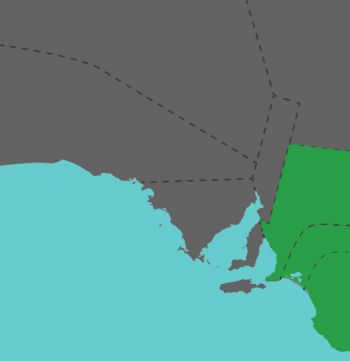