Size range: Body size up to 120 mm. One of the largest, most widespread frogs in Australia.

Description: Green Tree Frogs are dark olive to bright green in colour, but can change depending on the temperature, humidity and lighting. Their sides, and sometimes their backs, have a scattering of white spots or flecks. The back of their thighs varies from yellow to maroon. Their belly is white, their irises are golden and their pupils are horizontal. Their fingers are partially webbed and their toes are webbed with large toe discs.

Habitat: The Green Tree Frog can be found in dry forests, woodlands and grasslands near streams, swamps or urban backyards. Their natural distribution extends from the North-East corner of South Australia to throughout Queensland. This species is commonly seen in pet shops and has become a popular addition to many South Australian families. It is highly adaptable, often found in urban backyards, letterboxes, toilets and even bathrooms. It has been found in pot plants at station homesteads along the banks of the Cooper Creek as well as structures such as letterboxes and toilet bowls.

Call description: Its call is similar to a 'crawk...crawk....crawk' sound that is repeated continuously.

Breeding behaviour: Breeding occurs from November to February and the male can usually be heard calling near water or even down pipes. The female lays up to 2000 eggs floating on the surface of still water. Tadpoles are a mottled brown colour reaching lengths of 45 to 100 mm and complete development in about 6 weeks.

Interesting facts: This frog is often found after dark sitting beneath outdoor lights to catch insects, but it is also capable of taking larger prey on the ground, including mice. It has also been recorded catching bats around cave entrances. The oldest recorded captive frog died at 23 years of age. 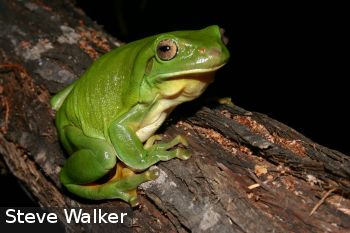 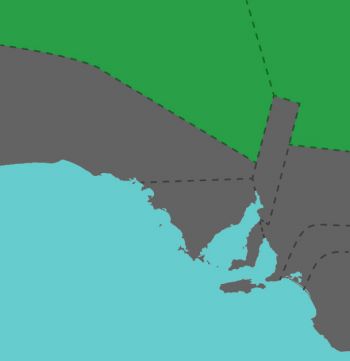