Description: The Desert Tree Frog is a moderately-sized frog with a short head and legs. Their pupil is horizontal and their body is pale-brown, with darker brown freckles. They usually have a dark brown stripe along the side of their head and body. Their ear drums are visible and the sides of their hind legs are pale yellow. They have pads on their fingers and toes.

Habitat: The Desert Tree Frog is currently distributed across most of northern Australia, offshore islands and Papua New Guinea. As such they can be found in a wide range of habitats including waterholes, streams, swamps, lagoons, ditches and drains. They are also commonly found associated with human dwellings, especially outside toilets and rainwater tanks. The Desert Tree Frog occurs only in the northern, arid section of the Central Districts.

Call description: A loud, high-pitched and pulsed screeching, like that of a seagull.

Easily confused with: It has been suggested that this species may actually be a complex of different species that should be split into separate species. In 2010 a frog from the Flinders Ranges, previously believed to be Litoria rubella, was reported in the media as being a new species, which is tentatively called Litoria sp. nov. It has yet to be officially reported in the scientific community, so both of these species are listed on the FrogWatch SA website and FrogSpotter mobile apps. 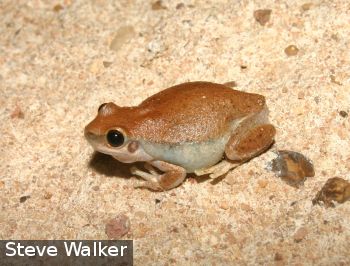 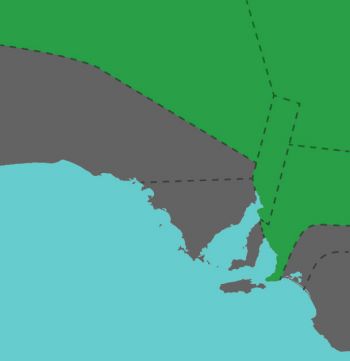