Description: The upper body of this toadlet is slate, dark brown or greyish with series of raised warts. Their belly is smooth with grey and white striping forming a zebra-like pattern and the sides of their body are slate grey. They have dull orange markings around their upper arms.

Habitat: The are found around springs and other persistent surface waters with suitable dense ground vegetation in the northern half of the Flinders Ranges (north of Warren Gorge and Moukra Towers). They may burrow into moist soil or shelter in cool, damp areas during hot, dry conditions.

Conservation status: Not yet determined; possibly Vulnerable or Endangered.

Breeding behaviour: It is assumed that they breed predominantly in winter, but possibly at other times if conditions are suitable. As with Pseudophryne bibroni, eggs are probably laid in moist depressions on the ground with the tadpoles developing to an advanced stage within the egg capsule before they hatch following flooding of the area.

Interesting facts: This species was previously believed to be Pseudophryne bibroni but genetic analysis suggests it is a different species. It has not yet been officially described. Description based on P. bibroni. 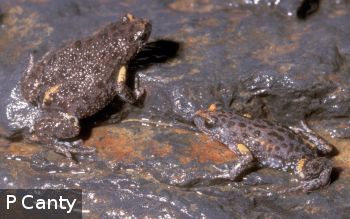 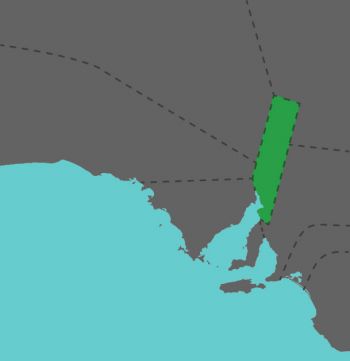