Description: Their dull grey, khaki or pale brown upper body is warty with irregular dark patches. Pale salmon or orange-brown patches are present on their upper arms. A short, similarly coloured thin stripe runs from their rear to part way up their spine. Their throat is pale brown and their smooth belly is black with large white markings. They have short legs and their short fingers and toes are unwebbed.

Habitat: They are restricted to spring-fed pools and waterholes in the Everard and Musgrave Ranges in the extreme north-west of South Australia. They shelter under collapsed vegetation, loose stones or in rock crevices near pools.

Easily confused with: No other similar frog is found in its range.

Interesting facts: First discovered by Mike Tyler in 1970, this species was previously believed to be an eastern population of the Western Toadlet Pseudophryne occidentalis. 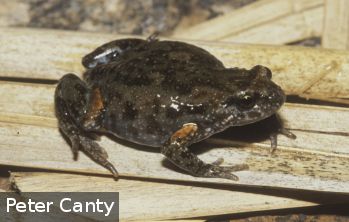 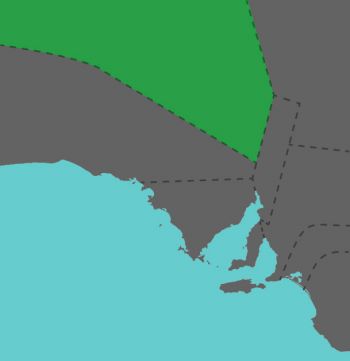