Description: Their body is dark brown to black with a scattering of darker flecks and reddish spots. Their belly is marbled with black and white.

Habitat: They are generally found singularly or in low numbers under rocks and logs and breed in grassy areas beside creeks.

Call description: Their call is a short, grating, upwardly inflected 'ark' that can be heard from February through June. The call of Bibron's Toadlet is often confused with that of the Common Froglet. While the Common Froglet call can be a single note (or a repeated series of notes), the individual notes are usually shorter in duration that those of Bibron's Toadlet and there is a shorter gap between notes.

Breeding behaviour: Female Bibron's Toadlets lay eggs under bark, leaves or in shallow burrows. Males then guard the eggs. Hatching occurs after sufficient rains flood the area. The tadpoles can take up to 7 months to become frogs.

Interesting facts: Although the most abundant and widepread of its genus, Bibron's Toadlet is believed to have become less abundant in recent times. We need more survey data to find out where they are found in this State, and whether they are becoming less common in some areas over successive years. Mambray Creek in the Southern Flinders Ranges, for example, provides a perfect habitat for a healthy population of Bibron's Toadlet. 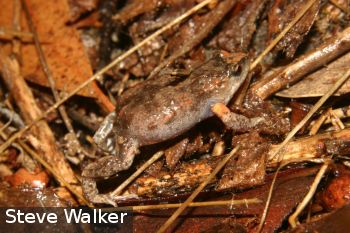 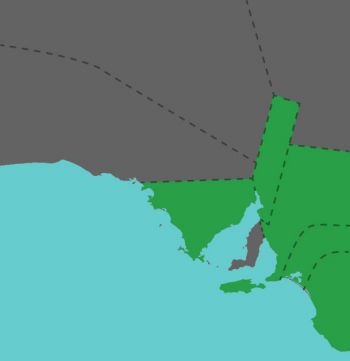