Description: The body colour of Sudell's Frog varies, including grey, brown or yellow patches. They have a stripe along the middle of their back and loose, floppy skin on their upper legs and groin. They have one or more distinct small, usually rounded, black lumps at the base of the foot (metatarsal tubercles). Their pupils are vertical.

Habitat: They are found in dry areas, mallee, shrubland, woodlands and around grassy marshes, lagoons or temporary roadside ponds.

Call description: Their call is a short 'musical trill' that might be heard in any month except December and January.

Breeding behaviour: Sudell's Frogs are a true burrowing species that usually come to the surface only after summer rains to breed. They have a protrusion on each hindfoot (metatarsal tubercle) that aids in digging. The male calls while floating in the water. Spawn is deposited in elongated strands that become tangled in submerged vegetation. Their tadpoles are grey with a metallic sheen.

Interesting facts: Previously known as Neobatrachus sudelli, this species was actually named in 1911 after the collector, Jane Sudell of Warwick, Queensland. In 2012 it was correctly renamed Neobatrachus sudellae to reflect her gender. 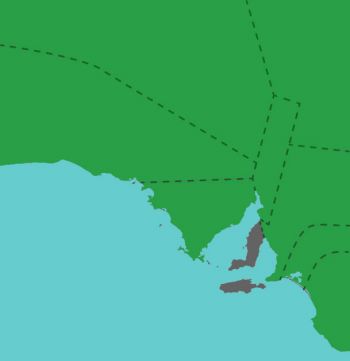