Description: Also known as the Barking Frog, its common name in South Australia is related to its very long first finger. Their body colouration is brown to green with dark irregular olive green patches. They often have an orange or red patch above their eyelid.

Habitat: In South Australia Long-thumbed Frogs are primarily found in river plains of the Murray-Darling Basin and associated woodlands and grassy regions that flood with high rainfall.

Call description: Their call is a single dog-like 'bark'. They can be heard in the following months: January, February, March, April, September, October, November & December 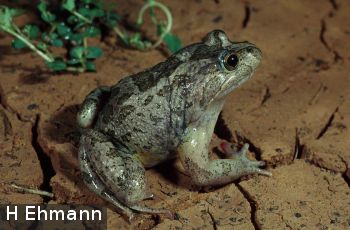 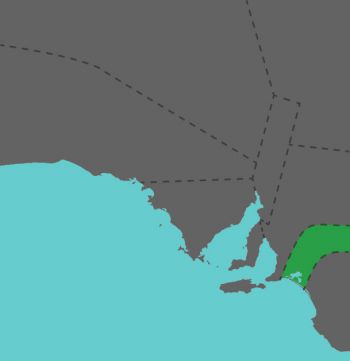